An extract From Gerddi, the Journal of The Welsh Historic Gardens Trust Volume II 2001 -

'The Old Parsonage at Gresford was an eighteenth-century building and sat on a bluff of the River Alyn, a tributary of the river Dee, at a height of 250 feet. When a new vicarage was built closer to All Saints Church in Gresford, the Old Parsonage was sold and was acquired by the Bushby family.'" Mr & Mrs Bushby engaged the architectural firm of Forbes and Tate to make alterations to the house and produce a plan of the gardens in 1919. Gertrude Jekyll was well known to the architectural firm and had worked with them on other commissions, two of which — Brambletye and Pednor Manor — in the same year as the Old Parsonage. Other commissions carried out with Forbes and Tate were Field House in 1914, Barrington Court in 1917 and Lainston House in 1922. It is probable that Gertrude Jekyll was introduced to the Bushbys through Forbes and Tate.Forbes and Tate produced stiff, formal plans for the gardens that did not sit comfortably with the house. Their plan annotated by Mrs Bushby (Plate 7) for the ground south and west of the house and sent to Gertrude Jekyll was of this nature. There was neither effective planting, nor hard ground effects, and hence there was no connection between the carriage drive, theforecourt, the wild garden and a garden called the Ellipse. 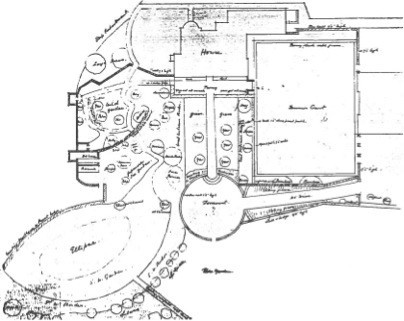 Plate 7: The Old Parsonage, Gresford. Forbes and Tate 1919. College of Environmental Design, University of California, Berkeley and © The Jekyll Estate.

Gertrude Jekyll's overall plan at 1/16 scale is shown in Plate 8. The function of the overall plan was to give coherence to the garden and the first planting ideas were scribbled in pencil in the various areas. The trees and shrubs that the clients wished to keep were colour washed blue or crayoned in blue. Already the first ideas for planting were shown, for example 'Rambling Roses' for the banks flanking the carriage drive, 'wild planting' around the Ellipse and between it and the Wild Garden. At this scale the plan was gridded into 20ft squares and each square identified by a unique letter and numeral code. In this way borders and areas could be identified unequivocally and larger scale plans related to the overall plan. This was Gertrude Jekyll's usual practice and was used here.

Plans were then drawn at twice the scale (Vs ) for each area and border, and the client would receive not only a copy of the plan on tracing paper but also a list of plants required for each specific border. In many cases the bulk of the plants came from Munstead Wood, from where Gertrude Jekyll encouraged her clients to purchase plants. She wrote to Amy Barnes-Brand of Woodhouse Copse, Holmbury St.Mary: 'I have a splendid list of good hardy plants, and bigger plants and at lower prices than the nurseries.'"

Accommodating the plants that the client wanted to keep was not always easy. At the Old Parsonage Mrs Bushby wanted to retain the bamboo on the carriage drive and the palm in the wild garden. Here is how Gertrude Jekyll incorporated them into her planting plan. Between the tennis lawn and the bank beside the carriage drive there were drift plantings of Skimmiaand Nepeta, whereas the clumps of bamboo were tied together with box, privet (Ligustrumjaponicum)and Clethra. Lower down the slope were free-growing roses such as 'DundeeRambler,' Lady Godiva' and 'Dorothy.' The first 30 feet of the carriage drive on both sides waslined with the Oregon Grape, Mahonia aquifolium. The isolated palm in the wild garden wasflanked by plantings of green and gold hollies, elders and privet, gold Euonymous and Leycesteria formosa. 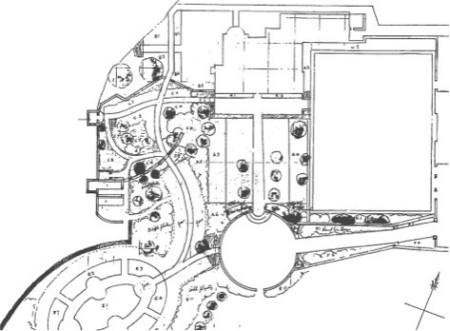 Plate 8: Overall plan of the Old Parsonage, Gresford by Gertrude Jekyll at '/I6 th scale. College of Environmental Design, University of California, Berkeley and © The Jekyll Estate.

The Ellipse (Plate 9) was given form and coherence by informal planting around the margins — azaleas, amelanchiers — tying together the lilacs and apple trees that Mrs Bushby wanted to keep.

The curiously shaped beds forming the centre of the Ellipse contained two opposing beds with the same planting at the north east and south west ends: bold plantings of Kniphofia and edgings of Bergenia andAndromeda axillaris, and a filling of orange African marigolds. The large intervening beds had kalmias, fuchsia, phlox, asters and again edgings of Andromeda. The central bed had a core planting of Miscanthus (formerly,Eulalia) flanked by Spiraea, Acanthus, Phlox and Crinum with edgings of Andromeda, Bergenia and Skimmia.These unusual plantings and associations are worthy of repetition today. 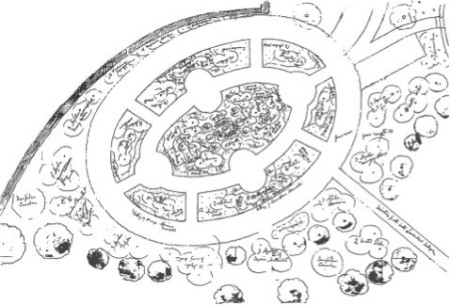 Plate 9: The plan for the Ellipse by Gertrude Jekyll. College of Environmental Design, University of California, Berkeley and © The Jekyll Estate.

A unique feature of the Old Parsonage was the topiary. Only in her own garden at Munstead Wood did Gertrude Jekyll have a topiary cat cut in yew.' Here (Plate 10) on the south side of the paved area outside the entrance to the house were yew hedges. Mrs Bushby proposed `animals' and Gertrude Jekyll suggested love birds and balls cut in yew.

Plate 10: The topiary hedge for the Old Parsonage by Gertrude Jekyll. College of Environmental Design, University of California

The garden was laid out after 1919. Mrs Bushby employed four gardeners — Miss Berry, Alan Thomas, W. Jones and J. Crump.' She has been described as a tall tyrannical woman whereas her husband was a very quiet, fearful bald little chap who ran out of sight if the gardeners came up the path.'

On 11 November and 5 December 1919 and 23 January 1920 some 1057 plants were sent from Munstead Wood to Rossett Station for the Old Parsonage by way of the builder, Mr Randle of Marford, Wrexham. They included plants that Gertrude Jekyll had bred and introduced such as the Munstead Lupines, Munstead Dwarf Lavender and her special strain of snapdragons. Thecost of the plants supplied from Munstead was £26. 8s. 11d. (c.£26.45). The balance of plants required, that could not be supplied from the plant nursery at Munstead Wood, were bought in and forwarded. They included small trees and shrubs such as Gertrude Jekyll's favourite white lilac 'Marie Legraye,' Magnolia stellata, Clethra alnifolia, Bignonia radicans andRhodendron ferrugineum.'

South of the Old Parsonage was Gresford Colliery and from 1919 onwards the colliery owner began dumping colliery waste on a field 400 yards from the house. This and the sulphurous fumes from the burning pit bank led to an unsuccessful court case brought by Mr Bushby in the High Court. The Bushbys hung on until 1933 when they abandoned the house and garden for Sibbersfield Hall in Farndon a few miles east over the border with England. Many of the fixtures in the house and plants from the garden were taken to Sibbersfield. By 1934 the Old Parsonage was in a ruinous state and the garden had collapsed": by the 1970s the site was occupied by bungalows.'