Harry and Eva were the butler and housekeeper to Mr and Mrs Bushby.

The 1911 census shows us that Harry was born in Farndon, off Churton Road, in 1910, the youngest child of six children at the time, although his parents eventually had ten children 10 (six boys and four girls).

William was a stone mason.

Nancy was the local post lady and also cleaned for the Bushbys. 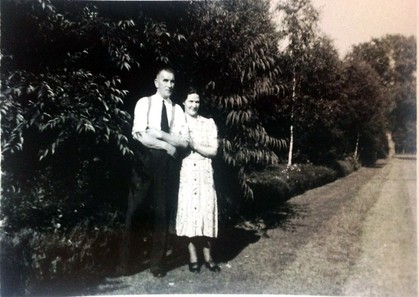 Harry and Eva in the garden at Sibbersfield 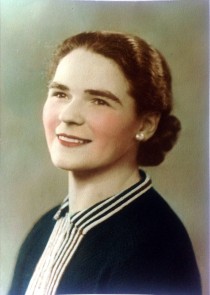 A portrait of Eva Youde

'I have loved looking at these old photos and it has brought back memories to me. I didn't see much of Harry and Eva and had forgotten how attractive she was. She was always smiling and a very quiet lady. Harry was a bit of a joker I think.The Youde family was huge.'

'Mr and Mrs Youde used to live in the flat under the clock tower until 1975.  It was Mr Youde who first showed us round the property. He seemed to think the best feature of the house was the lift (it was removed in Shirleys time at the Hall).Percy showed us around the garden. I believe he was a coal man before he was hired to help Mr Bushby. Mrs Youde always seemed very shy to me.' 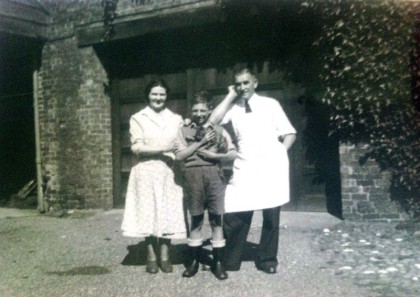 Harry and Eva in the courtyard at Sibbersfield with an unknown boy and cat ! 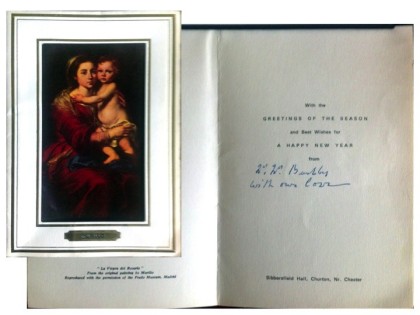 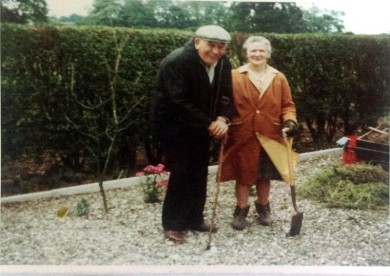 Harry and Eva in retirement at 1 Sibbersfield Cottages

1 Sibbersfield Cottages (then known as Lane Cottage) was left by Mr Bushby for the use of Harry and Eva until they chose otherwise.Mr Bushby also left them ten thousand pounds each in his will.To put this sum into context, on Mr Bushby's death the buildings and land of the Sibbersfield estate sold for thirty thousand pounds, it is easy to deduce therefore that Mr and Mrs Bushby held both Harry and Eva (and Percy Chaloner) in high esteem.