In December 1974, Francis Minoprio, a nephew of the Bushbys, began his sale of the estate with an auction for the contents of the property. This auction was conducted by Jackson-Stops & Staff. Below can be found the auctioneer Graham Adnitt's recollections of the contents auction, which achieved a grand total of around £500,000. The full brochure for the auction of the contents can be viewed here. 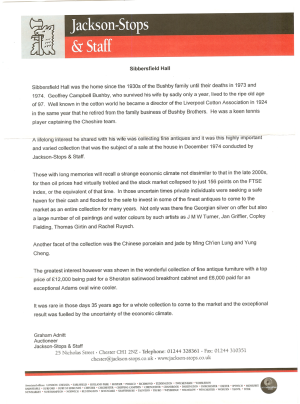 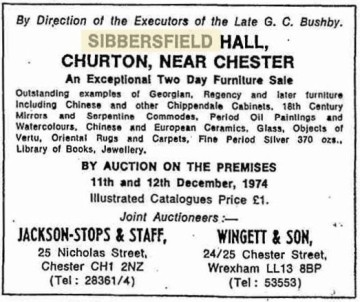 Advert for auction of the contents of the Hall from The Times, 1974

The contents auction was also featured in Cheshire Life in February 1976, the article can be viewed here. 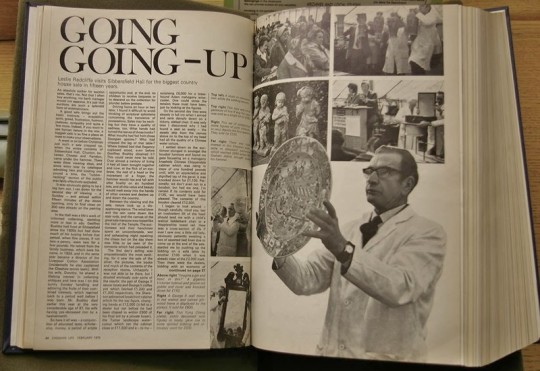 Article in Cheshire Life, 1976, on the auction of the contents of the Hall

In 1975, Francis Minoprio also decided to auction the estate, including Sibbersfield Hall. 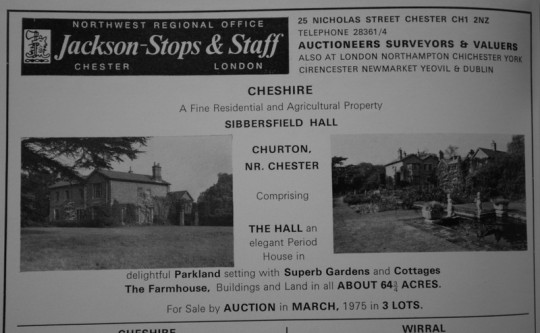 Advert for sale of Sibbersfield estate from The Times, 1975

The estate was divided into three parts for the sale. The first lot included the Hall, cottages, the Percy Cane garden and around 10 acres of land. The second and third lots consisted of the farm, its buildings and the remainder of the acreage. The full brochure for this sale can be viewed here. 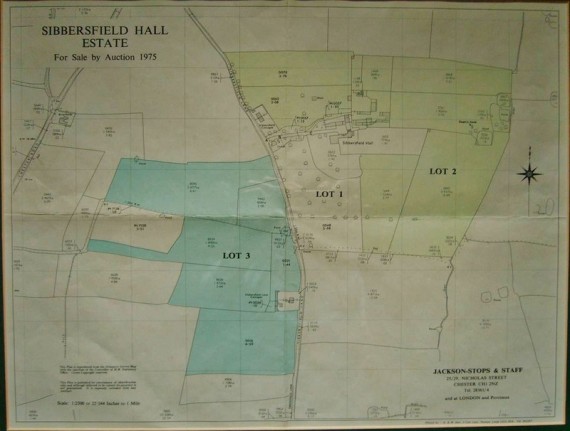 Map showing the division of the Sibbersfield estate

Lot One sold to George Knowles, a property developer, who apparently did not even view the property first. Lot Two, which included the farm buildings, was sold to Andrew Wilson and Lot Three was sold to David and Clarice Crow of Springfield Farm, Farndon.

'Our daughter was let down' says grieving parents who fear for other children (Fri, 27 May 2022)
>> Read more