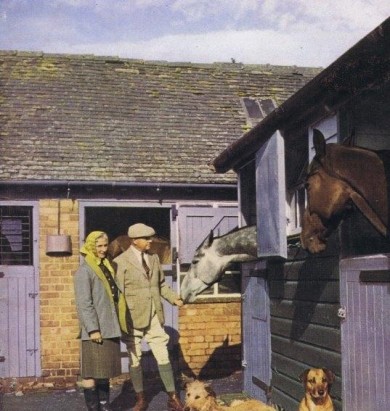 'I first became associated with Sibbersfield in either 1962 or 1963. I “retired” when Mr Bushby died.

I took over as “farm manager” or “farm overseer” or perhaps in modern parlance “farm adviser” from my father, Bob Matson who had undertaken this role from the early thirties and possibly from when Mr Bushby bought the farm. A herdsman and general farm worker were employed. A herd of Ayrshire cows were kept and for a while some breeding pigs. Sadly the economics of such a small dairy herd were such that we sold the cows soon after I took over. We increased the pigs but they were all slaughtered (but subsequently restocked) when swine fever was found in them; a lot of pigs in the country were lost in this way at the time. This happened in early May 1964, the week that I was married and it was all very difficult timing!

My father told me that Mr Bushby had made his first fortune when Queen Victoria died. Over the years leading up to her death he had, as a cotton merchant, been in a position to accumulate a considerable quantity of black cloth; when the Queen died he was said to be the biggest stockholder of black cloth in the country and at that time the death of the monarch meant that all her subjects wore black for the period of mourning. I understand he subsequently lost a fortune in one of the cotton trade slumps but had recovered it all by the time he retired in the early thirties at a relatively young age. 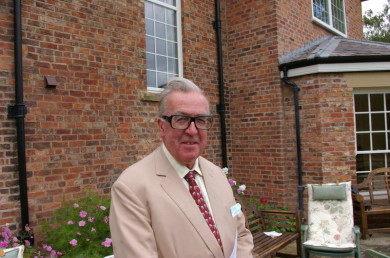 I used to visit the farm on alternate Friday afternoons. When I had seen all the stock and had a meeting with the men (which was only one man after the cows went) I used to report to Mr Bushby. This meant tea with Mr & Mrs Bushby in the drawing room and in fine weather a walk into the garden with the old man. Mr Bushby liked to pay the men himself and he had their wages sent from the bank each week in cash. Because of the arthritis in his hands counting out £1 notes was difficult (he instructed the bank to send new notes!) so he then asked for the money to be sent in 10 shilling notes with every alternate note folded in half! They were then much easier to count!

Tea was served in a very delicate china tea service brought in by the butler. Personally I prefer Indian tea and quite strong. The Bushbys liked China tea and what with the little tea cups I never felt afternoon tea was very refreshing! Mr Bushby liked champagne and was very pleased when his doctor recommended that he drank a small bottle of champagne each day.

Mr Rothery was Mr Bushby’s secretary and accountant and I think they had worked together for many years. He knew nothing about farming and I found him quite difficult to deal with but Mr Bushby was very supportive of almost all my proposals

Percy, although not within my area of responsibility was a good gardener and a devoted servant of Mr & Mrs Bushby. I kept in touch with him until he died.

Although I was paid for my work, albeit at a modest rate, my recollection is that my father before me had not been. However Mr Bushby was a most generous man and as can be seen from his will all who worked for him were treated very generously myself included.﻿' 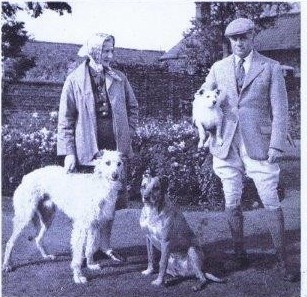