The earliest mention of the Sibbersfield estate is in the Farndon records from 1300, Sybbotts Field probably meant 'the fields of Sibota' (source Farndon The History of a Cheshire Village Frank.A.Latham 1980).

The name appears again in 1662, when "Sybotts Field" was owned by George Bostock.

In the will of William Barnston of Churton dated 1663, he leaves a legacy towards the repairs of Farndon Church after the ravages of the Civil War, which, he explains, is a small one 'having done well there in already'. The land owned by him in the district included 'Sibboths field' (known today as Sibbersfield). He desires to be buried 'in the Chancel at the upper end of the south aisle in Farndon Church under a gravestone there already for myself. (source Farndon The History of a Cheshire Village Frank.A.Latham 1980)

William Barnston, a staunch Royalist was imprisoned by Cromwell and he had to pay £580 to regain his Estate in 1650. He also suffered the loss of numerous cottages razed to the ground as further punishment.

From this period onwards it appears that the name changes to Sibbers Fields. 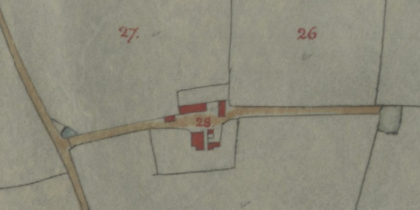 One of the first indications of dwellings on the property can be found on maps from the early nineteenth century.

It is recorded that one William Rowe, gentleman, paid tithe on Sibber Fields. The name Sibbersfield Hall was not used until the construction of the current Hall in 1858.

In the Chester Courant of 29 November 1796 there is also a reference to a Lieutenant William Rowe of Chester. The article is below. Further research required to confirm it is the same William Rowe of Sibbersfield.

From the March 6th 1840 edition of the Chester Chronicle, we also know that there was also a Hugh Rowe living at Sibbersfields (recently deceased)

In the census of 1851, six dwellings were shown at Sibbersfields. The first property, the head of which was William Rowe, was shown to house six servants. 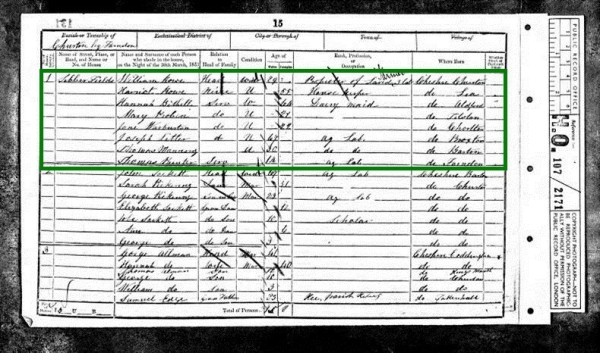 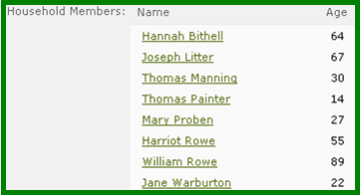 The first property at Sibbersfields in the 1851 census 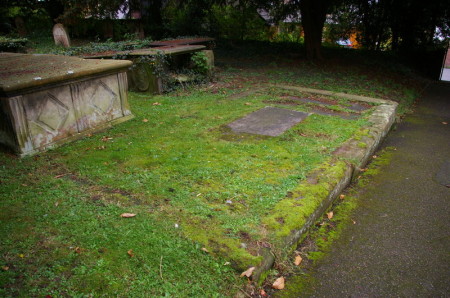 William Rowe died in 1851 and is buried in Farndon churchyard.

'Underneath lieth the remains of Mary wife of William Rowe of Kingsmarsh who died on the 11th December 1833   aged 72 years.

Also of Charlotte Rowe of Duddon Lodge in the County of Chester.  Daughter in Law of William and Mary Rowe who died 13 July 1855 aged 63' 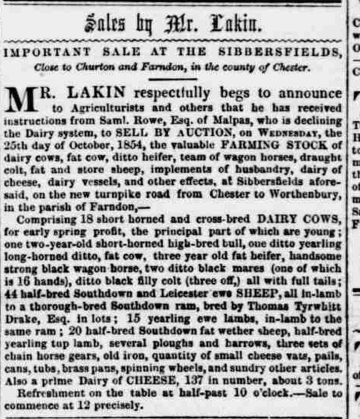 In the Chester Chronicle of October 14th 1854, we find the first indication that Samuel Rowe (Williams son?) now of Malpas, commenced the selling off, of the property, animals and ultimately land at 'The Sibbersfields'

In the Chester Chronicle of September 27 1856, an advert appears for what seems to be the estates of the late William Rowe,including 'The Sibbersfields'  'which may be at light expense converted into a genteel residence' 'chiefly on the new turnpike road from Chester'

One can also speculate that as Samuel Rowe had 50,000 bricks for sale in 1857, that there is a link between this, the sale of the estate and the building of the New Hall in 1858. Possibly from the demolition of a previous building? Its unlikely that we will ever know the truth.

Joseph was 50 when he built the current Hall, he lived at Sibbersfield for 26 years.

One of the earliest mentions of Sibbersfield Hall is in White's Directory of 1860. The directory claims that the Hall was built in 1858-9 and is the seat and property of Joseph Parker, Esq.

Joseph Parker was a rich man. He owned racehorses and in 1856, won the Tradesmen's Plate, now the Chester Cup, with One Act. 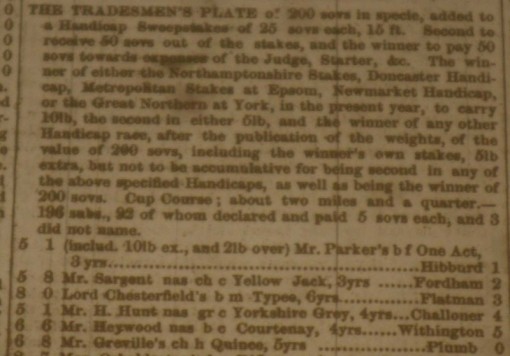 An in-depth description of the personality of Joseph Parker is found in William Day's Reminiscences of the Turf which consists of "anecdotes and recollection of its principal celebrities during the present reign" and was published in 1886. Two whole chapters are devoted to "Mr Parker": one for his horseracing experiences and one for his personal characteristics.Thanks to William Day we have a more detailed description of Joseph Parker than of any other inhabitant of Sibbersfield. He writes:

...the son of Mr. Parker, of Aldford, near Churton, Cheshire, a large dairy and stock farmer, under the then Marquis of Westminster. The son, Joseph, not caring for country life, came early to London, where he lived many years with his uncle, at No. 8, Lower John Street, Golden Square...

In Day's book, Parker is described as an indefatigable worker "of good stock" who possessed undoubted courage and was always remarkably free from prejudice. The chapter concludes with:

Mr. Parker was, as I have said, both successful and discreet. He was, moreover, frugal without covetousness, and manly without pride. Sick of a London life, he retired to his native village, and purchased Sibbersfield Hall, a gentlemanly residence in the neighbourhood, and with it some sixty acres of land. After rebuilding and adding to the house, he made paddocks...

...He was married, but had no family. He died at his residence in his seventy-sixth year, and was buried at Farndon, leaving a comfortable fortune behind him...

...I should mention that before his widow - a most ladylike person, well disposed to everyone - left Sibbersfield Hall, she was presented with her husband's portrait, and a testimonial, signed by most of the leading people in the neighbourhood, in recognition of her husband's and her own kindness to the poor and afflicted around them.

The complete chapters on Mr Parker make fascinating reading and can be downloaded below..

The Mysterious Graves of Sibbersfield !

Every so often during the research into Sibbersfield's history we have found something suprising and delightful. The above chapters discovered by Richard Parkes are a case in point.

During 2014 another discovery was made this time using a spade ! John Bradley was preparing the ground for a new beech hedge for The Lodge when he hit something hard, on further examination he unearthed two grave stones from Joseph Parker's time here.

The names on the stones are

We have no idea whether these are dogs, cats, or possibly memorial stones for horses and will probably never know.

John has done a fantastic job rebuilding the plinths for the stones and they look as though they have just been carved by the stone mason.Incidentally they have been carved from the same granite as Joseph's own headstone below.

On Joseph Parker's death in 1884, he was buried at St Chad's Church in Farndon. In the vicar's notes, Parker is described as:

A rich man, who began life as the son of a farmer - he owned racehorses and won the Chester Cup in 1855. He was very liberal with the poor of Churton and Farndon and a sound supporter of the vicar.

There is also a memorial plaque at the church dedicated to Joseph Parker and his wife Jane, erected by Jane's sister Letitia Thompson. 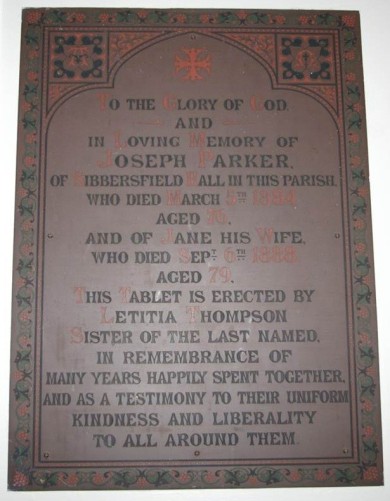 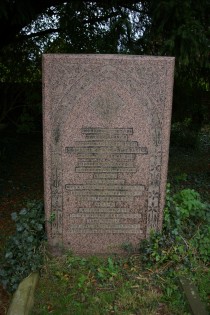 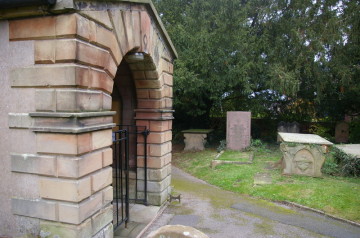 'Our daughter was let down' says grieving parents who fear for other children (Fri, 27 May 2022)
>> Read more