'wherever she could she planted trees and shrubs to make places beautiful, and when she could not alleviate ugliness she ignored it' Violet Martineau 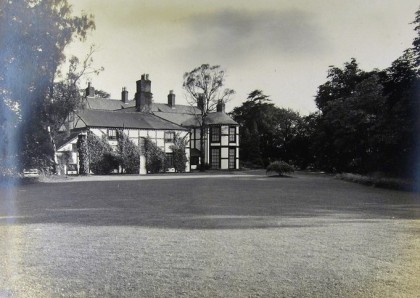 Prior to moving to Sibbersfield Hall in the early 1930's Geoffrey and Dora Bushby lived in Gresford.

The Old Parsonage is quite significant to the story of Sibbersfield as the oak panels, doors and fireplaces in the hall came from there.

During their time at The Old Parsonage the Bushby's hired probably the most famous garden designer of all to develop the garden. 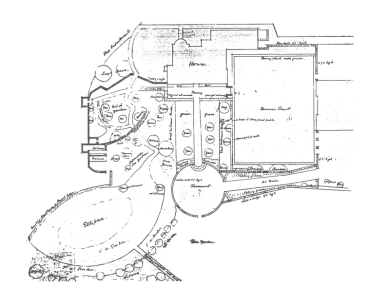 Design for The Old Parsonage 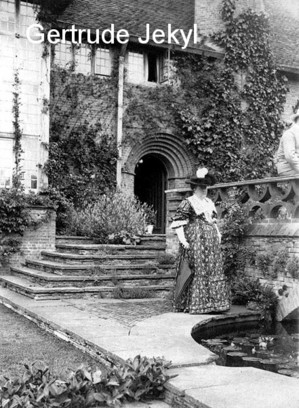 Gertrude Jekyll (29 November 1843—8 December 1932) was an influential British horticulturist, garden designer, artist and writer. She created over 400 gardens in the United Kingdom, Europe and the United States, and wrote over 1,000 articles for magazines such as Country Life and William Robinson's The Garden. Jekyll has been described as "a premier influence in garden design" by English and American gardening enthusiasts.

She was born at 2 Grafton Street, Mayfair, London, the fifth of the seven children of Captain Edward Joseph Hill Jekyll, an officer in the Grenadier Guards, and his wife Julia Hammersley. Her younger brother, the Reverend Walter Jekyll, was a friend of Robert Louis Stevenson, who borrowed the family name for his famous novella Dr Jekyll and Mr Hyde.

Jekyll was one half of one of the most influential and historical partnerships of the Arts and Crafts movement, thanks to her association with the English architect, Sir Edwin Lutyens, for whose projects she created numerous landscapes, and who designed her home Munstead Wood, near Godalming in Surrey. (In 1900, Lutyens and Jekyll's brother Herbert designed the British Pavilion for the Paris Exposition.)

Jekyll is remembered for her outstanding designs and subtle, painterly approach to the arrangement of the gardens she created, particularly her "hardy flower borders". Her work is known for its radiant colour and the brush-like strokes of her plantings; it is suggested by some that the Impressionistic-style schemes may have been due to Jekyll's deteriorating eyesight, which largely put an end to her career as a painter and watercolourist. In works like Colour Schemes for the Flower Garden  she put her imprint on modern uses of "warm" and "cool" flower colours in gardens.

Jekyll was one of the first of her profession to take into account the colour, texture, and experience of gardens as the prominent authorities in her designs, and she was a lifelong fan of plants of all genres. Her theory of how to design with colour was influenced by painter J.M.W. Turner and by impressionism, and by the theoretical colour wheel. Later in life, Jekyll collected and contributed a vast array of plants solely for the purpose of preservation to numerous institutions across Britain. This pure passion for gardening was started at South Kensington School of Art, where she fell in love with the creative art of planting, and even more specifically, gardening. At the time of her death, she had designed over 400 gardens in Britain, Europe and a few in North America. Jekyll was also known for her prolific writing. She penned over fifteen books, ranging from Wood and Garden and her most famous book Colour in the Flower Garden, to memoirs of her youth. Jekyll did not want to limit her influence to teaching the practice of gardening, but to take it a step further to the quiet study of gardening and the plants themselves. Her concern that plants should be displayed to best effect even when cut for the house, led her to design her own range of glass flower vases.

Many of the plants from this garden, in addition to the internal fittings were moved from The Old Parsonage to Sibbersfield

A sketch for The Old Parsonage by Gertrude Jekyll

Due south of the parsonage was Gresford Colliery.Sadly in 1919, the year Getrude Jekyll designed the garden. the Gresford Colliery commenced dumping waste on a field c 400 yards in a line of sight across the fields from the house. A combination of this and the presence of sulpurous fumes led to a court case brought by Mr Bushby against the mines owners which was unsuccessful. It also apparently led to them eventually moving to Sibbersfield. 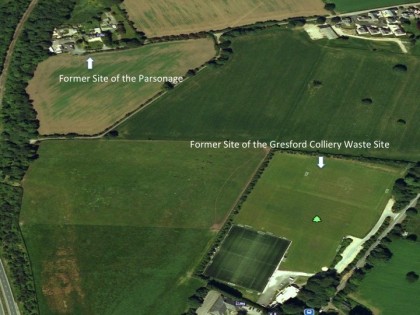 The Bushbys remained at The Parsonage until the early 1930's when they left for Sibbersfield. After their departure the house and garden fell into ruin and was finally redeveloped in the 1950's into bungalows, it is now known as Green Pastures 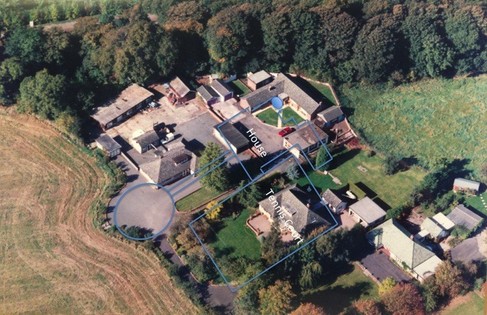 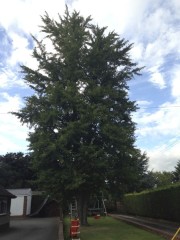 A final living reminder of the Jekyll garden remains at the Old Parsonage.This remarkable tree is known as a 'living fossil', as it is the sole survivor of an ancient group of trees that date back to beyond the time of the dinosaurs. Ginkgo fossils are common in the rocks of the Jurassic and Cretaceous, but today Ginkgo biloba is the only member of its genus, which is the only genus in its family, which is the only family in its order, which is the only order in its class. The maidenhair tree remains virtually unchanged today and represents the only living bridge between 'higher' and 'lower' plants (between ferns and conifers). Maidenhair trees can be extremely long-lived, the oldest recorded individual being 3,500 years old so the link with the past could be at The Old Parsonage for many years to come.

Shortly after the Bushby's departure Gresford Colliery was the site of one of Britain's worst coal mining disasters. The Gresford Disaster occurred on Saturday 22 September 1934, where 266 men died in the underground explosion.

As there was a football match on the Saturday afternoon between Wrexham and Tranmere Rovers, on Friday, 21 September, many miners doubled up their shifts so they could attend the match. This meant there were more miners down the pit than there ordinarily would have been.

The explosion occurred in the Dennis district at around 2am, the time when the men would be having their mid-shift snack. Resultantly, only six men survived the blast. An extensive fire ensued the explosion, and the mine was sealed off at the end of the following day. On 25 September, rescuer George Brown was killed on the surface when another explosion blew a seal off the Dennis shaft and he was hit by flying debris.Only eleven bodies of the miners were ever recovered, and the mine owners' docked the miners' wages half a day's pay, as the victims hadn't completed a full day's shift. 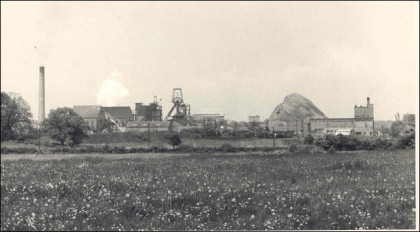