Sir Alfred married Ellen Edith Young, daughter of Frederick George Younge, on 31 March 1884, educated at Harrow School, He was Chartered Accountant (C.A.) at County Durham, England.He held the office of Justice of the Peace (J.P.) for Jarrow.He succeeded to the title of 3rd Baronet Palmer, of Grinkle Park, co. York and of Newcastle-under-Tyne on 23 August 1910. He held the office of High Sheriff in 1915

From The Colliery Guardian 16 August 1935

The death occurred at Wimbledon last Friday, at the age of 82, of Sir ALFRED MOLYNEUX PALMER, the Tyneside shipbuilder, formerly of Walworth Castle, Darlington. Sir Alfred, who was the third baronet, was a son of the late Sir Charles Mark Palmer, Liberal M.P. for Jarrow and founder of the Palmer Iron and Shipbuilding Co. He succeeded to the title in 1910 on the death of his brother. For many years he was coal owners' representative on the Tyne Improvement Commission, of which he was chairman in 1922. He was director of John Bowes and Partners, Ltd., and chairman of the Bede Metal and Chemical Co., Ltd., and of Palmer, Hall and Co. He was the senior magistrate for Durham, was High Sheriff of Durham in 1915, and represented Durham on the board of governors of the Royal Grammar School, Newcastle, for 24 years, being chairman of governors for 14 years. His only son and heir, Mr. Frederick Charles Palmer died in 1931 from injuries received in a motor accident. The title will now be held by Sir Alfred's 20-year-old grandson, Mr. Anthony Palmer. 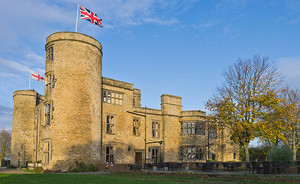 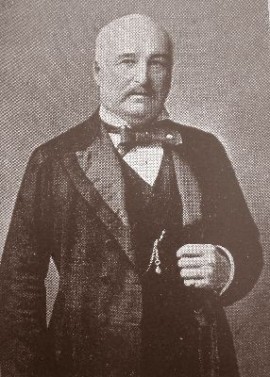 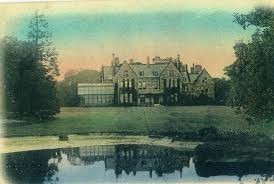